Have you ever looked at a friend’s post on social media about a race they’ve just finished or a terrific run they’ve had and thought, “I wish I could do that?” Running is one of the most effective cardio workouts you can do, but while many take to it naturally, many others struggle to build up the stamina and endurance that running requires. If you’re in the latter group, don’t despair! As long as you don’t have a physical injury or medical condition that’s holding you back, just about anybody can run. 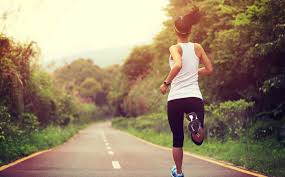 Training for a 5k race is a great way to get your feet wet and see if you enjoy running. There are several websites and apps that you can download to help you through the process, the most popular of which is Couch to 5k. The approach most of these programs suggest is pretty consistent. As a newcomer to the sport of running, it’s best to start off slow. We mean that literally and figuratively. Running injuries are fairly common among inexperienced runners. So start with a slow pace and be careful not to let an over-zealous approach stop you even before you even get to the starting line.

Want to Get Into Running? Read More »